How do abstract claims of religious universalism work on the ground? What made early modern global administrators of the faith tick? And how have centres of religious power been shaped by immensely diverse and discouragingly distant peripheries? Counterintuitively for the POLY Research Group, this study of global religious governance in early modern Catholicism (in the 17th and 18th centuries) does not steer clear of monocentric organisations. Nor does it seek merely to deconstruct claims about the monolithic nature of particular denominations. Instead, it proposes that early modern Catholicism in general (and the papal Curia in particular) can illuminate the ways in which bureaucratic centralisation constructed the plurality and polycentricity of premodern Christianities as much as it restrained or distracted from that plurality. Joining quantitative research into curial output with historical anthropologies of bureaucratic practice, we are developing a new narrative about early modern Catholicism that will “de-center the centre” within the self-styled Caput Mundi.

Preliminary statistical research in Roman archives has led our team to propose two hypotheses as we undertake this project. First, we think that it is time to revisit and revise conventional narratives about the decline of the papal Curia (from the late medieval period to the 19th century), frequently attributed to pressure from princely absolutism and state churches. This narrative rests on a fallacious assumption: that centralisation of power necessarily involves winners and losers. To the contrary, preliminary quantitative findings drawn from a sample of offices, tribunals, and congregations suggest that what we might call “curial output” in service of global peripheries was more continuous over this period than previously thought, even as other early modern polities reconfigured themselves. Second, we are convinced that this revisionist approach must not lead back to top-down narratives of centralisation. Given our early findings, as well as the typically-reactive style of early modern governance, our team believes that the dynamics of Roman bureaucratic or legal procedures should be investigated and understood locally.

Our chief goal, then, is to consider the Roman curial “bubble” as a polycentric, multifaceted mediator of interconnected glocal Catholicisms, shaped in turn by the peripheries it serviced. We also intend to work with colleagues around the world to understand the practices, agents, and agency of an office typically framed as a “medieval residue” within the post-Tridentine Church: the Dataria Apostolica and its roles as global administrator of ecclesiastical benefices (and recruiter for offices). 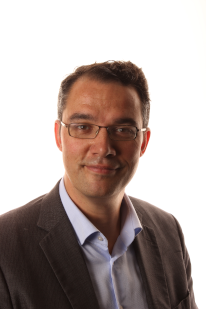