Scandals like the ones about Apple´s tax avoidance in Ireland, about the “Paradise” or the “Panama” papers regularly evoke public indignation. Why exactly do those who can avoid doing so not pay their taxes honestly?

Is it really the case that they do not? Real tax payment behaviour is difficult to measure. Since the beginning of the 20th century scientists have developed methodologies to measure tax evasion. Even today the results are far from being satisfactory: there is always a high dark figure, and the results are seldom comparable. All that is clear is that tax payers have avoided and evaded taxes since the beginning of measurements, and that this has not changed.

Avoiding these methodological difficulties, empirical social sciences follow a different approach: they examine taxpayers´ attitudes towards their tax duties, which can be measured in public surveys: “Can it be justified to cheat on taxes if you have a chance?” (World Values Survey). Answers differ considerably, depending on age, gender, education, the weight of tax burdens experienced, perceptions of tax justice and many other factors. However, one aspect is not taken into consideration: do all interviewees in different regions worldwide understand the question in the same manner? Results differ strongly between countries, suggesting that this is not the case and that norms and values concerning tax payment behaviour are culturally determined and historically developed.

Analysing historical changes in tax morale is therefore a fruitful field of historical research: How did norms and values concerning the payment of taxes evolve and how did they change over time? The “Sociology of Morality”, engaged in the examination of the evolution and change of moral systems (e.g. Gabriel Abend: The Moral Background) provides methodological inspiration. On this basis, approaches from conceptual history and discourse analysis can be combined. The project “International cultural history of tax morale” thus examines the evolution of norms and values concerning the payment of taxes between the 1940s and 1980s in three different types of tax systems: the West German, the Spanish and the US American.

The network studies practices of sovereign debt in historical perspective. It will focus on concrete procedures, situational decisions, and actor relations within politics of debt throughout the long twentieth century, and will put special emphasis on their significance for the negotiation of shifting boundaries between "the state" and "the market."

Economy and morality are often perceived as separate spheres or antipodes. The network puts into question this opposition. We propose to analyze the concept of morality from a historical perspective, and to apply it to the analysis of economic systems, discourses and practices. Our topics of research range from critiques of capitalism and alternative modes of consumption to praises of the free market. They include theoretical discourses as well as everyday interactions and embodied practices.

More information on the working group can be found here.

Member of the Advisory board of the Department for Eastern and South-Eastern Europe at the State Library Munich.

The Department for Eastern and South-Eastern Europe at the State Library Munich offers multidisciplinary research literature to these areas. Its main aim is the provision of literature on a nationwide level. The cataloge is available here.

The project was funded by the Fritz Thyssen Foundationand finished during a scholarship at the Historical College in Munich.

The book was awarded the price "Humanities International". Due to this translation funding the book will be pulished in English (Routledge) soon.

Decision Making, Risk Management and Confidence in Banks from Early Modernity until the 19th Century (Conference volume in English)

How do bankers make their decisions? How do they perceive risks and what does their risk managemnt look like? How is confidence built up and how does it work in everyday banking praxis? The volume, originating from a workshop at the KWI Essen in February 2015, offers methodological approaches for historical research (from System Theory to Behavioral Finance, from New Institutional Economics to Praxeology, from Convention Theory to Network Analysis). The various methodological approaches are put to the test in case studies based on archive material from five hundred years of banking (from Early Modern European banking networks until International Computerization, with a focus on 19th century banking.) The investment decisions of bankers and their risk management techniques over the course of time are two special interests of the book, besides the decisions connected with the recruitment of partners and personnel in banks. The aim is to connect banking history more closely to political and cultural history.

Ruhr Area and Istanbul: The economies of urban diversity (Conference Volume in English, together with Monika Salzbrunn and Darja Reuschke)

The Economics of Urban Diversity explores ethnic and religious minorities in urban economies. In this exciting work, the contributors develop an integrative approach to urban diversity and economy by employing concepts from different studies and linking historical and contemporary analyses of economic, societal, demographic, and cultural development. Contributors from a variety of disciplines—geography, economics, history, sociology, anthropology, and planning—make for a transdisciplinary analysis of past and present migration-related economic and social issues, which helps to better understand the situation of ethnic and religious minorities in metropolitan areas today.

The conference volume was published in 2013.

Knowledge and Visions. Theory and Politics of the Economists in the
Stefan George Circle, Berlin 2009 (in German)

After the turn of the century, the symbolist poet Stefan George gathered  a circle of poets and intellectuals around him, with whom he worked and  lived, and whom he supported in their scientific activities. It is initially surprising that, in addition to literary scholars such as Friedrich Gundolf and historians such as Ernst Kantorowicz, some economists also belonged to this "state", although George, who wanted to see all areas of life subordinated to art, was very critical of modern capitalism and was not interested in economic issues. Why did the poet nevertheless fascinate the economists so much, and why did they described him as an enrichment for their scientific work? Edgar Salin, Julius Landmann, Arthur Salz and Kurt Singer took very different positions on practical economic policy issues, ranging from ideas of a strong state to liberal positions. In methodological terms, however, they all profited from the holistic approaches of the George Circle, as worked out by the philosopher Edith Landmann. Salin, for example, developed his "Anschauliche Theorie" on this basis. It provided him with orientation in a phase of methodological uncertainty in German economics after the end of the Historical School.

The Ideal of the Aesthetic Life and the Reality of the Weimar Republic.
Imaginations of State and Community in the Circle of Stefan George,
together with Roman Köster, Werner Plumpe and Bertram Schefold, Berlin
2009 (in German).

The crisis discourse that aroused excitement in the 1920s declared the present problems of the Weimar Republic to be the culmination of a crisis of modernity as a whole. From this perspective, it seemed pointless to reform the conditions; a radical redesign was necessary in order to overcome the structural defects of modernity. This situation forms the historical background against which the contributions
collected in this volume deal with the ideas of state and community in the George Circle. The poet's followers were concerned with confronting a precarious present with the ideal of a "beautiful life" as a remedy against loss of order, social and inner conflicts. The community ideas developed in the George circle aimed to give selected members the opportunity to develop their holistic humanity and develop their aesthetic and intellectual potentials under the guidance of a master, Stefan Georges. The question as to whether the model of such a community could also change society as a whole and create a "New Empire" arose among individual members of the circle even before the First World War, but remained highly controversial. The contributions in the volume also analyse how the ideas of state and community manifested themselves in the thinking, literary and scientific production, and life plans of the members of the circle. Within the framework of the George circle, the ideal of a good order was not left in the realm of the utopian, but tried to be realized in the life and research practice of the circle members. 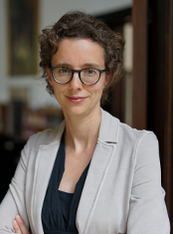